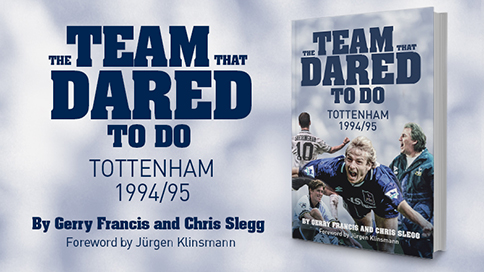 SPURS: THE SEASON THAT HAD IT ALL

SPURS: THE SEASON THAT HAD IT ALL

On 30 April 2017, Tottenham beat Arsenal 2-0 to finish above their rivals for the first time since 1994/95. What the Spurs players of both generations shared was a gift for the spectacular, a great team spirit and an unbreakable bond with the fans. Football isn’t about trophies, it’s about creating unforgettable moments. Never has that been truer than at Tottenham in 1994/95.

In The Team That Dared To Do, manager Gerry Francis reveals the diary entries he made after being forced out of QPR and landing the job at Spurs under chairman Alan Sugar. In a series of exclusive interviews conducted by BBC sports journalist Chris Slegg we hear from former players including Jürgen Klinsmann, Teddy Sheringham, Darren Anderton, and Sol Campbell about what life was like in the Tottenham dressing room and on the training ground.

From the magic of Klinsmania and Ossie Ardiles’ audacious, yet failed, attempt to make a success of his ‘Famous Five’ forward line, to some magnificent performances under Francis, it was a season that had it all.

The Team That Dared To Do offers an exclusive, behind-the-scenes look at one of Tottenham Hotspur’s most memorable seasons. Read previously unseen diary extracts from Spurs manager Gerry Francis, in which he reveals:

Click here to read a sample chapter, or for more information on The Team that Dared to Do. 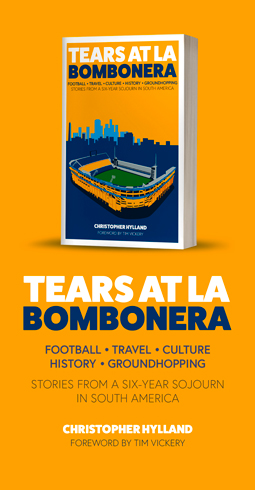