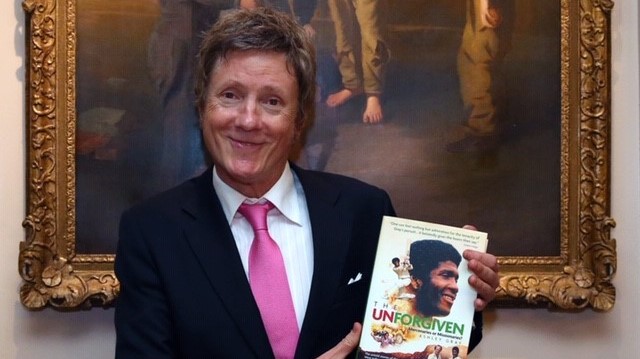 ASH AND THE UNFORGIVEN SCOOP ANOTHER AWARD

ASH AND THE UNFORGIVEN SCOOP ANOTHER AWARD

Pitch Publishing is delighted to report that Ashley Gray's The Unforgiven has made it an award-winning double, as the winner of the 2021 Cricket Society and Marylebone Cricket Club (MCC) Book of the Year Award.

It follows his success at the Telegraph Sports Book Awards in September, where The Unforgiven won the Best Cricket Book category.

Chair of judges for the MCC Robert Winder commended the book for "telling the little-known stories of a group of cricketers who truly never were forgiven their choices, in contrast to their English and Australian counterparts."

Ashley, following the relaxation of travel rules from Australia, was able to attend the ceremony to accept the award in person, which took place at Lord’s Cricket Ground.

He said, "I want to thank all the cricketers who spoke to me for this book. I hope my work has helped them to find their place in history."

Ash was one of six authors who saw their books shortlisted for the award, including two other Pitch titles: The Thin White Line by Nick Greenslade and Barbed Wire and Cucumber Sandwiches by Colin Shindler.

The panel included Sir Tim Rice and cricketers Darren Gough and Isabelle Westbury. Rice said, "This was a book that the judges felt needed to be written the most.

"An amazing book, it portrays the human, previously untold part of a tumultuous period in cricket's history, which continues to have lasting consequences on those involved.

"Beautifully constructed and meticulously approached, it is an absorbing read."

Let’s hear from @AshG66 as he expresses his joy and excitement in being this year's The Heartaches Cricket Book of the Year! #SBA21 #ReadingForSport pic.twitter.com/n4Ay8X9mV2