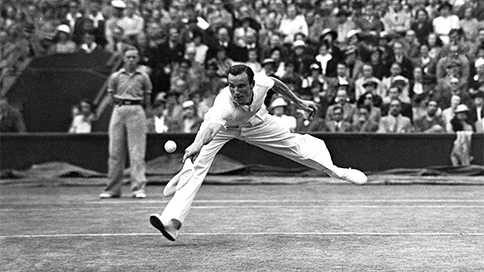 Since the start of Wimbledon, Kevin Jefferys - author of Fred Perry: British Tennis Legend - has, understandably, been much in demand by the sporting media.

The book details how Perry ruffled feathers in the socially exclusive world of 1930s British tennis and why, despite amassing eight Grand Slam singles titles and ensuring Britain dominated the Davis Cup, he had a fractious relationship with the amateur tennis authorities. Fred’s departure for America to join the ranks of the paid pros damaged men’s tennis in Britain for years to come.

Did you know that:

Click here for all the astonishing details in GQ's full article online.
Click here for more information, or to read a sample from Fred Perry: British Tennis Legend.