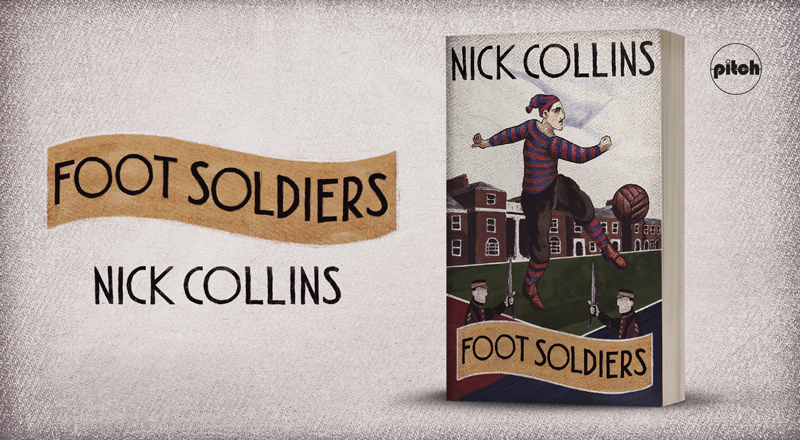 AN INTRODUCTION TO A VICTORIAN SPORTS STAR

AN INTRODUCTION TO A VICTORIAN SPORTS STAR

Henry Renny-Tailyour died one hundred years ago this month on 15th June 1920. He is buried in Rosehill Cemetery, Montrose, but in many ways his spirit will always live on with that breed of elite sportsman who regards himself first and foremost as an entertainer.

Known universally as ‘Renny’, he was one of the first genuine superstars of Victorian sport-the only man to have played both rugby union and football for Scotland at full international level, a champion athlete, and a consummate cricketer. He batted with WG Grace, scored a first-class century for Kent and had a career best score of 331 not out.

His sporting achievements would have been even greater had his military commitments not got in the way, for ‘Renny’ was also proud to be a soldier. He served in the British army and was commissioned as a lieutenant in the Royal Engineers, based at Brompton Barracks in Chatham.

He would rise to the rank of colonel, retiring after a distinguished 30-year career in order to take up a post with the Arthur Guinness brewery in Dublin, where he would go on to become managing director.

On his Scotland rugby debut he narrowly failed to score a try, but his pace down the flanks troubled the English defence all afternoon as they hung on for a narrow victory.

He saw athletics as a way of keeping fit for his other sports, yet a string of race victories testified to a real talent. A formidable opponent at any distance, very few ever beat him at his specialist event-the mile.

His first-class cricketing career spanned a decade, with several appearances for the Gentlemen against the Players, this was the nearest thing to a test match in those days. On a very difficult pitch at Maidstone in 1874 he scored a flawless 124 opening the batting against Lancashire, after the visitors had been bowled out for 116.

Having played himself in with great caution, ‘Renny’ then showed his full array of attacking shots to score well over half of his side’s total on a day when 20 wickets fell. His highest score at Lords was 88 not out, batting at number eight for Kent against the MCC, while he is regarded as the finest batsman to play for the Royal Engineers and scored more than 50 centuries.

For all those outstanding performances in rugby, athletics, and cricket, it is undoubtedly football for which he is best known. He has three FA Cup final goals to his credit, and an all-important winner’s medal.

‘Renny’ was the heartbeat and charismatic centre forward of the history-making Royal Engineers football team, the only time a group of professional soldiers has won the FA Cup.

During the first season of this great competition the Engineers (or ‘sappers’) swept all before them to reach the final. Their daring style of ‘combination’ play (passing to each other, as opposed to dribbling and charging en masse!) was ground-breaking and won many admirers.

They were favourites on the big day at the Oval in March 1872, but the Wanderers captain Charles Alcock-the man responsible for the idea of the FA Cup-devised a strategy to undermine them. An extra defender and a physical style of play proved too much for the Engineers and the Wanderers deserved their 1-0 victory. It was the sappers’ first loss in two years.

A blatant handball sent them to defeat against Oxford University in the quarter finals in 1873, and the same opponents got the better of them in the final the following year-again a questionable refereeing decision changed the game. A disappointing day turned into a tragic one, as news emerged of the death of one of the team’s favourite players.

‘Renny’ had failed to perform in either final and was determined to put it right in 1875 against the Old Etonians. In gale-force conditions ‘Renny’ equalised for the Engineers’-their first goal in an FA Cup final, and then a few days later in the replay he scored twice as the soldiers at last underlined their superiority in a 2-0 win.

It had been a tough four-year campaign, but there was a happy ending in more ways than one. A few months later Henry married Emily Rose, the sister of one of his cup final team mates, Cecil Wingfield-Stratford. They would have ten children over the next 22 years, not quite enough for a football team!

The debate over who is the best all-round sportsman of all time is a good one. Cases can be made for C.B. Fry, Cuthbert Ottaway, Alfred Lyttleton and the extraordinary Max Woosnam. Many would argue the name of Henry Renny-Tailyour deserves to be added to that list.

Foot Soldiers is a novel by Nick Collins is the exciting story of the exploits of Henry Renny-Tailyour and the Royal Engineers. It is due to be published by Pitch on August 3.