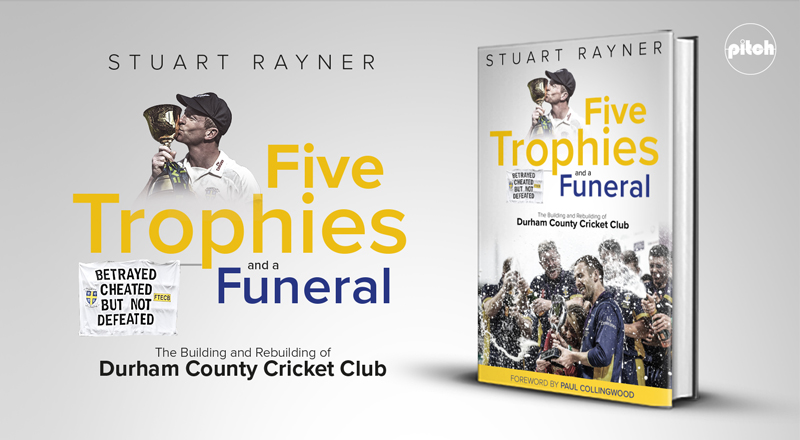 In the next of Pitch Publishing's virtual cricket talks author Stuart Rayner will join BBC cricket reporter and commentator Mark Church to talk about his books War of the White Roses and Five Trophies and a Funeral.

The talk takes place on Zoom this Friday evening at 7.30pm, and to join us for the virtual talk, which includes a question-and-answer session at the end, please visit this page on Friday evening, and click this link to join us live (it really is that simple).

War of the White Roses: In 1968 Yorkshire County Cricket Club was the dominant force in English cricket, yet by 1986 it had slid to become one of the game's also-rans.

The War of the White Roses tells the story in full from a completely neutral perspective for the first time.

With insight from inside the dressing room, committee room, and from the terraces, it tells how two decades of fierce infighting caused so much damage it took almost 30 years to recapture those past glories.

The period from 1968 to 1986 was scarred by bitterness, pettiness and jealousy as civil war broke out with one of the county's greatest-ever players, the brilliant but divisive Geoffrey Boycott, at the centre of the story.

He is just one of the many interviewees to contribute from both sides of the divide, looking at the personal feuds and political machinations of the period, and examining just how they contributed to the team's fall from grace.

Five Trophies and a Funeral: The Building and Rebuilding of Durham County Cricket Club is the story of how English cricket's youngest first-class county quickly became the country's top team, before overstretching themselves financially to the brink of extinction.

When Durham joined the professional game in 1992 they aspired to be a major on-field force and a home to top international cricket.

The high demands put on them as a condition of entry, together with their own lofty ambitions, pushed the club to five major trophies in seven seasons while providing England with top-quality players reared in the North East.

But striving for ever more at a time of economic downturn led them to live beyond their means, and they were heavily punished for overspending that the authorities partly encouraged.

Now they are looking to restore past glories under the chairmanship of Sir Ian Botham. Part fairy tale, part cautionary story, Five Trophies explains how Durham arrived where they are, and where they aim to go next.