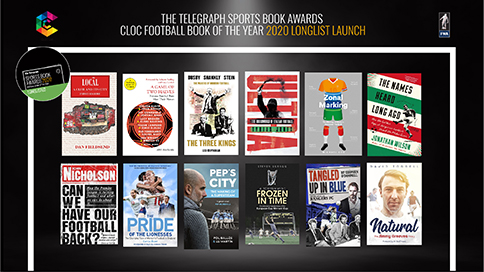 FOUR TITLES UP FOR FOOTBALL AWARD

FOUR TITLES UP FOR FOOTBALL AWARD

A Tournament Frozen in Time by Steven Scragg, Natural by David Tossell, Tangled Up in Blue by Stephen O'Donnell and The Pride of the Lionesses by Carrie Dunn have all made the list.

Members of the the Football Writers' Association formed the judging panel, and will next select a shortlist, which will be announced in early April, and ultimately select a winner.

The winner of the award will be revealed at Lord’s Cricket Ground on June 2nd 2020.

Pitch now have five titles in the running at the Telegraph Sports Book of the Year, with more long-lists to be confirmed in the coming weeks.

It was announced before Christmas that Emile Heskey's autobiography Even Heskey Scored was long-listed for the Sports Autobiography of the Year at this year's award.

A Tournament Frozen in Time by Steven Scragg

A Tournament Frozen in Time is a homage to the awkward sibling of the European Champions' Cup (for high achievers) and the UEFA Cup (where the cool kids hung out).

Domestic cup success was what gained entry to this hipster tournament, attracting a richer diversity of competitor than its more celebrated counterparts.

Steven Scragg is a senior writer and podcaster for These Football Times. He has been featured in Guardian Sport and was shortlisted for the Blogger of the Year category at the 2017 Football Supporters' Federation Awards.

Steven has also written for The Anfield Wrap, This Is Anfield and The Sportsman, travelling far and wide in the pursuit of football both as a fan and a writer.

Jimmy Greaves remains the greatest goalscorer in English football history with 357 top-flight goals, although his England career was defined by the heartbreak of missing the 1966 World Cup Final.

After slipping into the grip of alcoholism, he reinvented himself as a popular TV personality. Natural is the definitive biography of a sporting legend.

David Tossell has been a sports journalist for almost four decades. Long-time head of European Public Affairs for the NFL (National Football League) and former Executive Sports Editor of the Today newspaper, he is the author of 15 previous sports books.

A renowned biographer and historian, five of his books have been shortlisted in the British Sports Book Awards and two for the MCC/Cricket Society Book of the Year.

Tangled Up in Blue by Stephen O'Donnell

Tangled Up in Blue explores the stories behind two of Scottish football's defining issues, which are separate but closely linked. First, the historic and fractious rivalry, based on a religious divide, between Glasgow Rangers and Celtic; and, second, the recent catastrophic financial collapse of Rangers, which ultimately led to the club's liquidation.

Stephen O'Donnell is an author and freelance writer of football-themed fiction and non-fiction, based in Glasgow.

His novels Paradise Road and Scotball were published to critical acclaim. Recently, he has switched to non-fiction, focusing his work on the reasons for the apparent decline of Scottish football in recent years. Stephen is also a contributor to The Blizzard and Nutmeg magazines.

The Pride of the Lionesses by Carrie Dunn

While England's Lionesses headed to France for the 2019 Women's World Cup as superstars in search of silverware, FA upheavals back home were moving the goalposts for the newly all-pro elite teams, for part-timers and amateurs alike.

Is women's football in England actually growing from top to bottom - or is it just another slick PR campaign?

Carrie Dunn is the author of The Roar of the Lionesses - named one of The Guardian's best sports books of 2016 - and Football and the FA Women's Super League (with Joanna Welford).

Carrie has reported on the last two Women's World Cups for The Times and for Eurosport.com, and regularly features on BBC radio discussing and commentating on women's football. 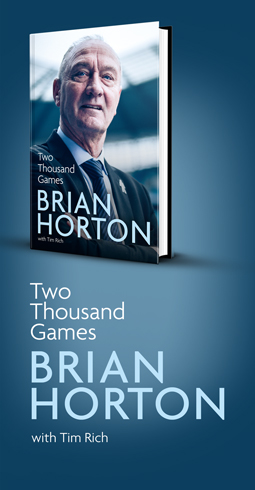