Spencer Vignes’ Lost in France is the true story of Leigh Roose: playboy, scholar, soldier and the finest goalkeeper of his generation, a Welsh international who became a hero on the terraces at several clubs including Stoke City, Sunderland, Everton and Arsenal. It's also the tale of how one man became caught up in a global catastrophe – one that would cost him his life, his identity and his rightful place as one of football's all-time legends.

Published to coincide with the 100th anniversary of the start of the Somme offensive, the book was the subject of a double-page spread in The Sun, commemorating Leigh Roose and the battle that cost him his life. Click on the link below.

Lost In France lifts the lid on Roose’s colourful life and tragic death, including:
•    How Leigh, a middle-class university graduate in a working-class game, became the best goalkeeper in the world – and is now regarded as a ‘Year Zero’ figure by many of his modern- day contemporaries, including fellow Welshman and Evertonian Neville Southall.
•    His reputation as a womaniser, music hall star Marie Lloyd being just one of Leigh’s many female conquests.
•    The fiery temper and extravagant lifestyle which brought Leigh, an amateur player in an increasingly professional era, into regular conflict with the game’s lawmakers
•    How Leigh came to be listed – falsely – as ‘missing, presumed dead’ at Gallipoli in 1915.
•    His bravery at the Battle of the Somme where Leigh was decorated with the Military Medal.
•    The circumstances surrounding his death at the Somme in October 1916, and why a simple spelling mistake prevented his family from finding out how or where he had died for almost 90 years.
•    The long and ultimately successful campaign by the author together with Leigh’s family, football historians and supporters to correct the spelling of Leigh’s name on the Thiepval Memorial in France, dedicated to the missing of World War One.

Click here for more information, or to read a sample from Lost In France.

Click here to read The Sun’s article on Roose: ‘Punch-ups, sex scandals, flash lifestyle… but footie star Leigh Roose was REAL hero who died fighting in Battle of the Somme’ 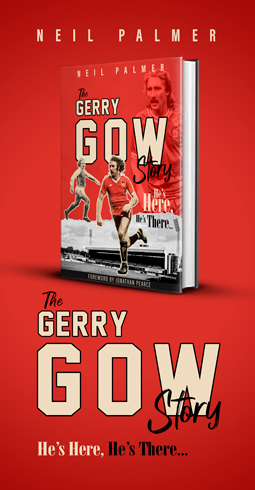