VILLA MATCHES MADE IN HEAVEN

VILLA MATCHES MADE IN HEAVEN

From the thousands of matches ever played by Aston Villa, stretching from the club’s Victorian foundation across more than 140 years to the Premier League era, Aston Villa Greatest Games features 50 of the club’s most glorious, epochal and thrilling games of all.

We gave author James Driver – a lifelong Villa fan and now a journalist with the Bridgnorth Journal and the Shropshire Star – the impossible task of choosing just three matches as a showcase for his magical “terrace ticket back in time”.

James’s task: to tell Villa fans something they don’t already know, and give them some pub ammo into the bargain!

Did you know Ron Saunders led different teams to the League Cup final three years in a row? He lost with Norwich in 1973 and Man City in 1974 before leading Villa to victory in 1975. Villa again lifted the club under Saunders in 1977, making it four League Cup finals in five years.

Villa’s nine cup wins in total - seven in the FA Cup and two in the League Cup -  was also an impressive feat at the time and a win against Everton meant Villa were the first club to lift the League Cup trophy three times.

It may have taken five-and-half-hours of football and two replays but the last minute strike by Brian Little that gave Villa victory in the League Cup final would be remembered for a long time.

Did you know that when Villa lifted the European Cup it meant an English club had won the title for the sixth straight year?

When the final whistle sounded in 1982 it signalled victory for Villa against Bayern Munich and also the fifth straight 1-0 victory in the European Cup.

Captain Mortimer led the players on to the stage and became the first Villa player to ever lift the European Cup in front of more than 40,000 spectators at the De Kuip Stadium.

The Villa players and the backroom staff, led by their 45-year-old manager, Tony Barton, completed a lap of honour in front of the delirious Villa faithful.

It was all smiles for Barton whose name at the time joined legends such as the great Jock Stein, Matt Busby, Bob Paisley and Brian Clough as the British managers who had lifted the European Cup.

Did you know more than 100,000 spectators made their way through the gates at Villa Park during two games, against Bournemouth and then a friendly against Pele’s Santos, in 1972, despite still competing in the third division?

Some 54,437 fans crammed into Villa Park for the arrival of the Brazilian legends.

Villa had managed to hold Blackburn Rovers to a 1-1 draw as their march towards the third league title continued but if the arrival of the Brazilian legends was going to be a huge gulf in class they certainly hid it well.

That match heralded the arrival of arguably the greatest player to have ever graced the game.  Even imaging someone like Lionel Messi running gracefully over the Villa Park turf is hard to imagine today, so Santos arriving for a friendly in Aston was a big deal.

The fact Villa went on to win the game 2-1 was also a huge surprise to many.

Click here for more information, or to read a sample from Aston Villa Greatest Games. 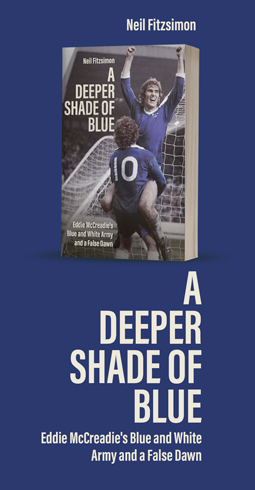