Next Stop Hollywood? No Helmets Required

Next Stop Hollywood? No Helmets Required

No Helmets Required, Gavin Willacy's recently released book about the 1950s All American All Stars, has been labelled as movie material by talkSPORT's Paul Hawksbee.

Click here to listen to No Helmets Required author Gavin Willacy on the Hawksbee & Jacobs Show.

No Helmets Required, Gavin Willacy's recently released book about the 1950s All American All Stars, has been labelled as movie material by talkSPORT's Paul Hawksbee.

Willacy's tale tells the story of 20 young American footballers convinced by entrepreneur Mike Dimitro to fly off around the world playing rugby league - a game they'd never even heard of.

Hawksbee told listeners "It’s really exciting when a story comes from nowhere. This is movie material – I can’t believe if Russell Crowe reads this he won’t be interested in making a film of it. A cracking read."

Miraculously, the American All Stars competed with the best Australia, New Zealand and France had to offer, and shocked the locals with some stunning victories.

Yet beyond the media circus and celebrity adventures, the All Stars had fights and flings, suffered tragic illness and farcical court cases.

Dimitro's mission to establish rugby league in the United States failed in spectacular fashion - though one All Star went on to win the Super Bowl, one became a Hollywood stuntman and another an Olympic champion.

The book has also received universal acclaim from reviewers:

"A superb book. Retold in a gripping and unique manner. Absolutely staggering... littered with fascinating and unique insights. Highly recommended for any rugby league fan and even non-followers of the sport could not fail to be captivated." - Rugby League World

"Gavin Willacy has produced a stunner of a book, one which I cannot praise enough for its originality and interest. A book which superbly tells of a unique and fascinating event. This true yet almost unbelievable story is told in detail. Any rugby league devotee will relish his tale and won't put it down." - League Weekly

"I loved it. It's an amazing book, one of the most enjoyable I've read. It's sensational what these guys did." - Ray French, BBC Radio Merseyside

"It sounds like something straight out of Hollywood. Truly remarkable. The layout is absolutely beautiful: unlike anything I've ever seen in a sports book." - James Deighton, BBC Radio Leeds

Click here for more information on No Helmets Required, including a free sample download of the first chapter. 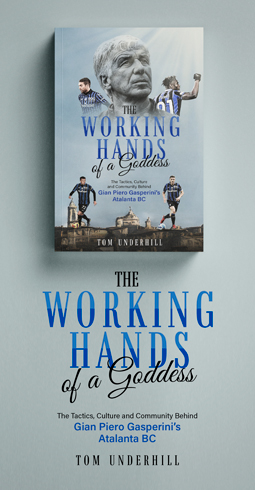