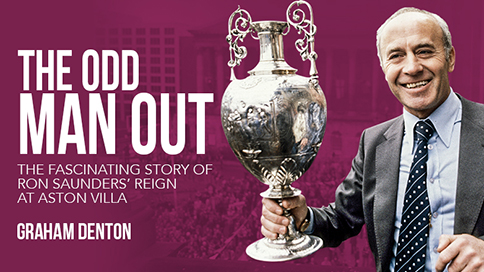 The Odd Man Out - out now! - is Graham Denton's fascinating story of Ron Saunders' reign at Aston Villa. It's an exhaustive account of how Saunders became the only manager in over a century to guide Aston Villa to English football’s summit.

It examines how he took the Midlanders to promotion from the old Division Two in his first season; how he created and dismantled arguably the most exciting Villa side of modern times, and how he achieved two League Cup triumphs in three years.

The Odd Man Out is the story of the forgotten manager of English football, Ron Saunders. It tells how...

Click here for more information, or to read a sample from The Odd Man Out