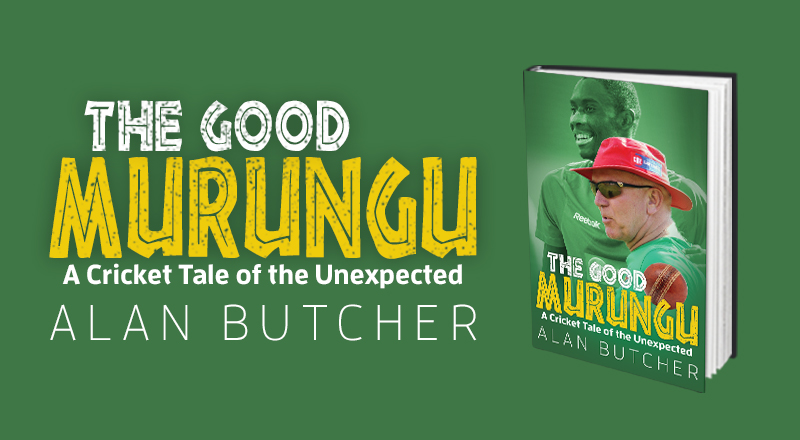 In the latest episode of our virtual cricket talks former player, coach and author Alan Butcher joined BBC cricket reporter and commentator Mark Church to talk about his life in cricket and his book The Good Murungu.

The Good Murungu is the story of Alan coaching Zimbabwe - the most dysfunctional of cricket's Test-playing nations.

This is the fascinating story of a coach trying to build a team while coming to terms with the unique culture and bureaucracy of Mugabe's Zimbabwe.

A phone call out of the blue from a Zimbabwean great alerted him to the possibility of coaching the nation's cricket team. His three years in charge presents an insight into the at times schizophrenic nature of cricket in this intriguing country.

Starting at the point when Butcher was offered the job, he describes the process of moulding a team out of a dispirited and disillusioned group of players.

Prior to his spell in Zimbabwe, Alan has spent more than forty years in professional cricket as a player and coach. He played county cricket for Surrey CCC and Glamorgan CCC and represented England in one Test match and one ODI.