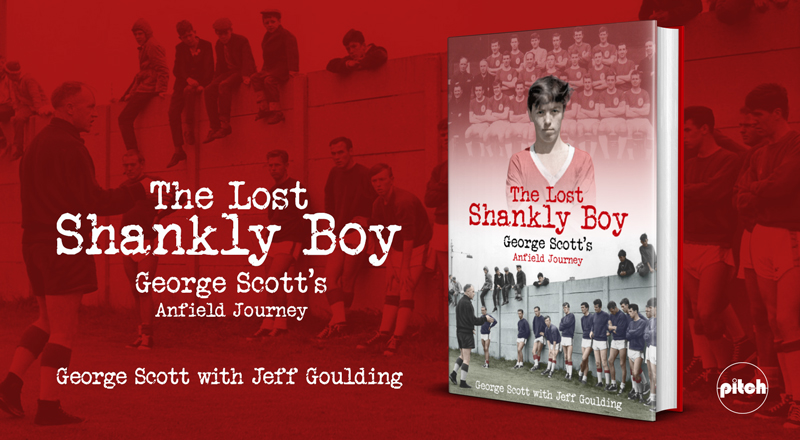 Due for release in September this year, The Lost Shankly Boy is an enthralling tale of triumph over adversity and hope amid despair, and has already drawn high praise from a number of Liverpool media outlets.

It tells the story of George Scott, a poor boy from a fishing village in Aberdeen, who dreamed of a career in football and ended up rubbing shoulders with one of the game's managerial greats, Bill Shankly.

Shankly would assemble a team to rival the famous 'Busby Babes' - his very own 'Shankly Boys'. With Tommy Smith and Chris Lawler already at the club, he would add Gordon Wallace, Bobby Graham and a 15-year-old George Scott - 'the lost Shankly Boy'.

Scott provides a fascinating insight into modern Liverpool's formative years and Shankly's Anfield. His is an untold story of a dream crushed and of a career rebuilt in Scottish football and taken to new heights in the South African Premier League.

The Lost Shankly Boy speaks to every kid who dreams of football glory. It is a never-say-die tale of passion, commitment and hard work that will resonate with anyone who has ever tasted the pain of rejection - only to rise again and grow stronger.

"A gripping story of a young man’s quest to become a professional footballer, his fightback from a series of challenges - including a hair raising brush with death in South Africa - and ultimately of a bond between player and manager that has spanned a lifetime. All of it told with an easy-going style that at times takes you closer to the history of the Shankly era than ever before." Dave Usher, The Liverpool Way

"An honest tale of the beginnings of the Shankly era at Liverpool, seen through the eyes of a talented yet humble boy. A brilliantly told story, with a stellar cast, yet the real star is George Scott and the impact that his short career at Liverpool had on the rest of his life. Jeff Goulding manages to encapsulate George Scott’s incredible story and transport you so vividly into the fabled boot room, that you can smell the dubbin on the boots." Stuart Horsfield, These Football Times

"Parts of his book will make you howl with laughter while others will have you reaching for a box of tissues to mop up the tears. We can only be thankful that the ‘Lost Shankly Boy’ was eventually found and encouraged to tell us all about his amazing journey." Christopher Wood, LFC History

"George’s book captures every emotion. You will laugh and you will cry as his story, so brilliantly written, takes you from humble beginnings to the heart of Liverpool’s rise to world fame, both culturally and on the football field. It is a pleasure to read as George’s inspirational story unfolds. Bill Shankly insisted on working with people of good character. This book illustrates why George Scott was part of Shanks’ Red Revolution." Kieran Smith, Liverpool FC Historical Group

"The George Scott story fills in the gap between what life was like for the men who became legends and those who didn’t quite make it. It illuminates what the life of Reserve players was like and how they had to cope with life after Liverpool." John Pearman, Red All Over the Land