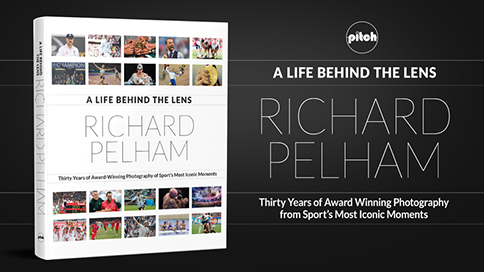 OUT NOW: A LIFE BEHIND THE LENS

OUT NOW: A LIFE BEHIND THE LENS

Originally planned for publication on 12 August, Richard 'Dickie' Pelham's A Life behind the Lens: Thirty Years of Award Winning Photography of Sports Most Iconic Moments was delayed by one week so as to enable the inclusion of images of England’s first-ever Cricket World Cup win in July.

The collection includes the very best work of Pelham, the multi award-winning chief sports photographer of The Sun for the past 30 years. He has covered six Olympic Games, seven World Cups, any number of Test matches and many championship boxing bouts, capturing the moments of triumph and despair, the great goals, the knockout punches, the key wickets and the gold-medal glory.

Richard Pelham is the multi-award-winning chief sports photographer of The Sun. A Life Behind The Lens is his own story and his own selection of his best photographs.

Click here for more information, or to read a sample from A Life Behind the Lens?