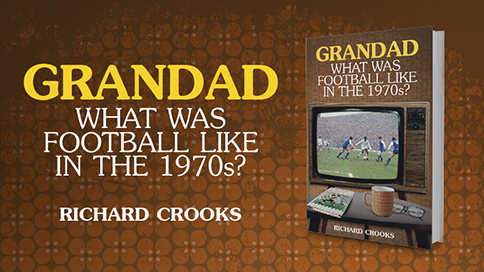 WAS FOOTBALL BETTER BACK IN THE 70s?

WAS FOOTBALL BETTER BACK IN THE 70s?

Grandson Charlie attending a Championship game at Hillsborough prompts Richard Crooks to transport himself back to the 1970s and recall what football was really like in that decade.

Crooks provides an engaging and comprehensive narrative on all things football in the 1970s, and successfully evokes the social context of the time. He reflects on what it was like getting to a game; the grounds, the crowds, the clubs; the managers, the players and referees – and those unforgettable World Cups. He describes everything from the era’s growing commercialism and changes in football reporting to the rising spectre of hooliganism and racism.

In Grandad, What Was Football Like in the 1970s? you will discover:

Click here for more information, or to read a sample from Grandad, What Was Football Like in the 1970s?