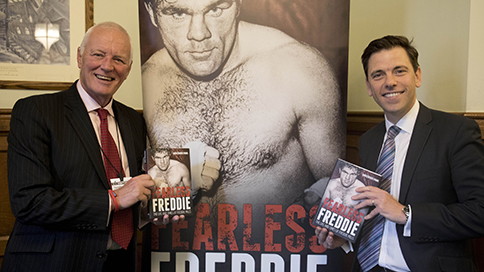 HOUSE OF COMMONS LAUNCH FOR FREDDIE

HOUSE OF COMMONS LAUNCH FOR FREDDIE

An excellent turnout at the Terrace Dining Room enjoyed drinks and canapés, and were then treated to a speech by legendary sports promoter Barry Hearn. Chris then read a passage from the book, explaining his long obsession with the great Welsh boxer and 50s media figure who suffered a tragic and mysterious death.

Barry Hearns paid tribute to Freddie Mills and threw some light on the enduring attraction of the man as a fighter, as an early media celebrity and ultimately as a great enigma. "I'm not going to spoil the end of the story," he said finally. "But I would thoroughly recommend reading it. Enjoy the life and times, the tears, the happiness, the laughter, the success and the failure of one of Britain's great sportsmen."

Author Chris Evans explained how the book was borne out of many visits made by his cockney great auntie Joyce - who grew up on the same East End street as the Kray twins - to his grandmother's house in the Rhondda.

"She told us Freddie Mills was the greatest fighter in the land who got in with some right wrong 'uns up west, who did him in. Researching this book I learned this was one of the tamer stories about how Freddie met his demise..."

As Britain’s first true sporting superstar, few figures have been subject to more rumours and gossip than Freddie Mills, ever since his mysterious death in 1965. Was Mills killed by the Krays or the Chinese Triads? Was he a serial killer responsible for the deaths of six prostitutes in the Hammersmith area? Fearless Freddie cuts through the myth to reveal:

Click here for more information, or to read a sample from Fearless Freddie. 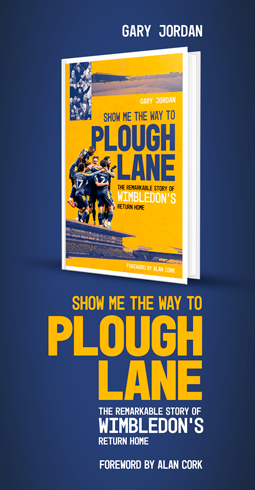