Ted MacDougall was prolific at York City, Bournemouth, Norwich City and Southampton, having learned his trade as an impressionable youngster under Bill Shankly at Liverpool. MacDou-Goal! traces the Scottish international striker's rise from his roots in Inverness, through his playing and coaching career, to the present day.

Famously Ted set an FA Cup record with nine goals in one game against Margate in 1971, and answered critics in style as the First Division's top scorer in 1975/76. The book is packed with recollections from the man himself, including exploits with the likes of Alan Ball, George Best, Mick Channon, Bobby Moore and Peter Osgood.

Co-author Neil Vacher is club secretary at AFC Bournemouth, and a lifelong Cherries fan. His boyhood hero was 'ace marksman' Ted MacDougall and this book is the fulfilment of a lifetime's ambition.

In MacDou-Goal! you will discover:

Click here for more information, or to read a sample from MacDou-Goal! 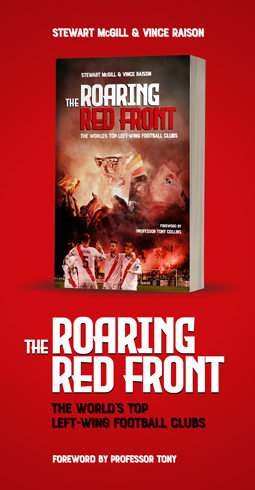