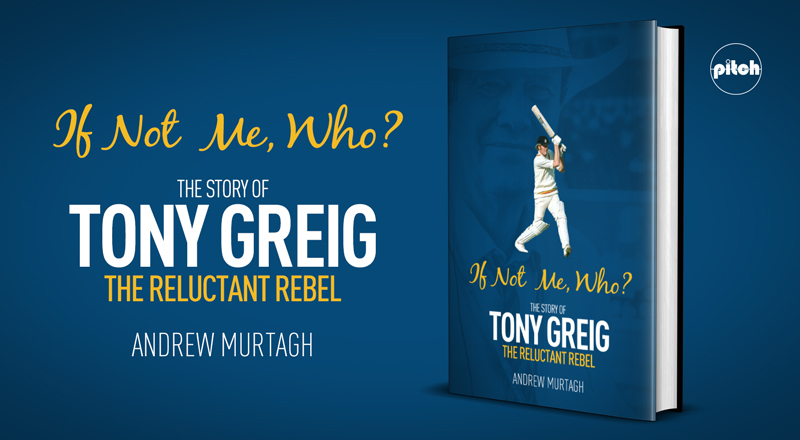 CRICKET Q&A WATCH AGAIN: MURTAGH ON IF NOT ME, WHO?

CRICKET Q&A WATCH AGAIN: MURTAGH ON IF NOT ME, WHO?

In the latest episode of our virtual cricket Andrew Murtagh joined BBC cricket reporter Mark Church to talk about his new Tony Greig biography If Not Me, Who?

In March 1977, England cricket captain Tony Greig was arguably the most famous and popular sportsman in the country, and the best all-rounder in world cricket. He had recently led England to a famous series victory in India, her first successful campaign on the subcontinent since the Second World War.

Then he had conjured a doughty performance from his travel-weary troops in the dramatic, one-off Centenary Test in Melbourne, narrowly losing by 45 runs. Within weeks, though, his reputation was in tatters. He was branded a traitor and mercenary, stripped of the England captaincy and excluded from the national side.

He was also relieved of the Sussex captaincy and banned from first-class cricket for eight weeks. His involvement in the controversial 'Packer Revolution' had caused his fall from grace. Soon afterwards, he left England for good for a commentary career in Australia.

At 6ft 7in, Greig was a giant of the game both figuratively and literally. His life story is every bit as fascinating as the controversy that engulfed him.

For the full programme of events, through to October, can be found here.