Doug Richards’ amazing tales of running around the world (!) have been nominated for the 2017 Running Awards – hot on the heels of his success at this year's ceremony – and there’s still time to vote for Britain’s most inspirational Marathon Man even as he jets off to Cyprus for another round of adventures.

Other categories have been open for some time but this year 'Books' have been included in a new 'Christmas Specials' category. If you’ve read Running Hot & Cold, you’ll doubtless want to vote for Doug. And if you’re a runner of a certain age who hasn’t yet discovered your full potential for endurance and wellbeing, why not make Doug’s book top of your Christmas wish list as well!

Click here to vote for Doug in the Running Awards 2017.

Click here for more information, or to read a sample from Running Hot & Cold.

Running Hot & Cold is the inspirational and motivational story of Doug Richards’ rather late entry into the world of running – and, boy, has Doug made up for lost time…

The book tells the tales of a bus-pass bearing pensioner running across the Sahara Desert and Greenland’s polar ice cap. Read of confrontation with elephants in South Africa, puddles in the desert in China and the emotional rollercoaster of running in tsunami-ravaged Sri Lanka.

Good luck, Doug! And joggers and adventurers everywhere – don’t miss out on the best running book published this year! 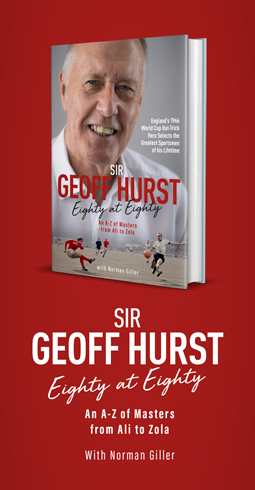