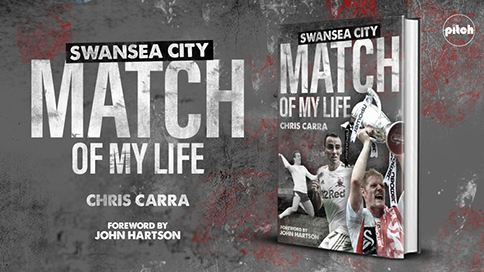 A must-listen for all Swans fans - a Swansea Sound sports podcast entirely dedicated to Chris Carra and his Swans 'Match of My Life'.

Running for over 45 minutes, Dave Brookes' popular podcast features Chris talking about his new book, Swansea City Match of My Life, which features 16 club legends detailing their most memorable games.

Two of the players interviewed in the book appear live on air. Swans fans also get in on the act, nominating their favourite Swans player over the years. From Tate to Thomas, from Trundle to Toshack, all your heroes are in the book.

And don't miss Chris's book event at the Swans club shop this Saturday, 15 September. He'll be signing books and chatting to fans between 1.00 and 2.00pm before the Nottingham Forest match.

Click here for more information on Swansea City Match of My Life.