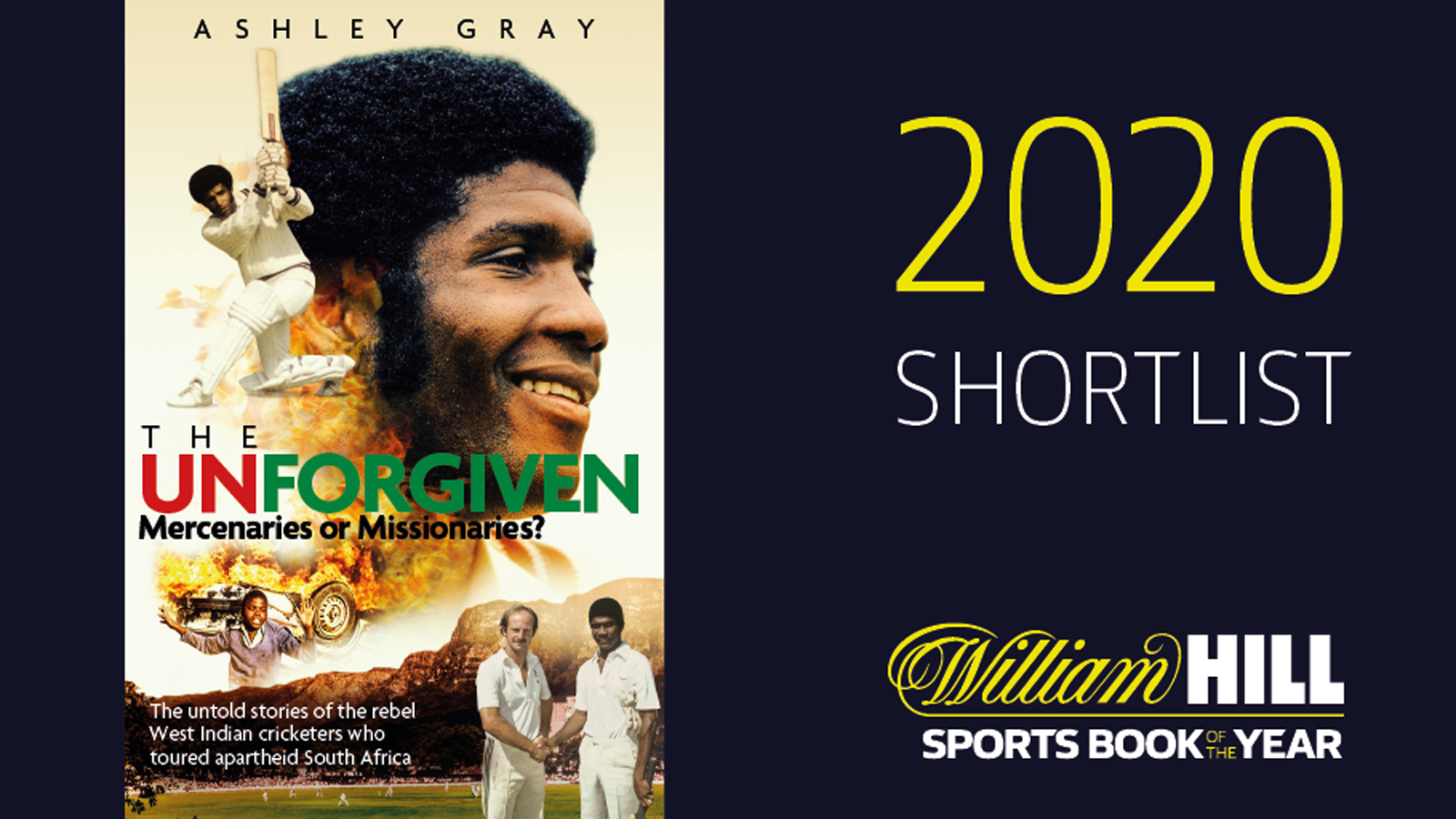 Ashley Gray's The Unforgiven is on the five-book shortlist for the 32nd annual William Hill Sports Book of the Year awards - the world’s oldest and richest sports writing prize.

Gray's book, which tells the stories of the West Indian cricketers shunned after taking part in rebel tours of apartheid South Africa, has been met with critical acclaim across the sporting press, here in the UK, in the West Indies and in his native Australia.

It was the early 80s, when 20 black West Indian cricketers were paid more than $100,000 each to go and play cricket in South Africa.

Some, such as Lawrence Rowe and Alvin Kallicharran, were household names in the Caribbean and around the world, while others were fringe players seeking a short cut out of poverty.

Here is the shortlist for the @WilliamHill Sports Book of the Year Award 2020!
🥊 Born Fighter by @RuqsanaBegum
🏔️ The World Beneath Their Feet by @ScottEAuthor
🏏 The Unforgiven by @AshG66
🏏 A Breath of Sadness by @IanRidley1
🇷🇺 The Rodchenkov Affair by Grigory Rodchenkov pic.twitter.com/snROUm9kIt

The 2020 winner will be announced on Thursday, 3rd December at the new home of the WHSBOTY, Tottenham Hotspur Stadium.

The winner, decided by the judging panel chaired by Alyson Rudd, will collect a cheque for £30,000 and the prestigious William Hill Sports Book of the Year trophy.

Last year’s grand prize winner, Duncan Hamilton, remains the only author to have won the award three times, taking top honours in 2019 for his biography The Great Romantic: Cricket and the Golden Age of Neville Cardus – and has since become a Sunday Times Bestseller.