Congratulations to Jeff Holmes, author of Moody Blue, who was the subject of a landmark motion in Scottish Parliament yesterday. It’s a famous first for a Pitch author!

Jeff’s local Eastwood MSP, Jackson Carlaw, tabled the motion to congratulate his constituent for being shortlisted for International Sports Autobiography of the Year.

Here’s the text of Motion Number: S5M-00329 in full: “That the Parliament congratulates Jeff Holmes, who is an author from Eastwood, on being shortlisted for the Cross Sports Book Awards 2016 in the International Sports Autobiography of the Year category for his book, Moody Blue; understands that the book focuses on the life and career of the former Rangers player, Marco Negri, who broke the goalscoring records of Paul Gascoigne and Brian Laudrup by scoring 33 goals in 29 games; notes that Jeff lost out at the awards to Ronda Rousey at the awards on 1 June; sends its commiserations to him on not winning, but looks forward to his next sports book.”

Well done, Jeff. And our congratulations also to the great Marco!

Goals are guaranteed to put a smile on the faces of supporters, and throughout a remarkable career, Marco Negri did just that – but he also earned the respect of his fellow pros. Here, some of the top names in the game deliver their verdict on the Moody Blue:

Click here for more information, or to read a sample from Moody Blue:

The Story of Mysterious Marco. 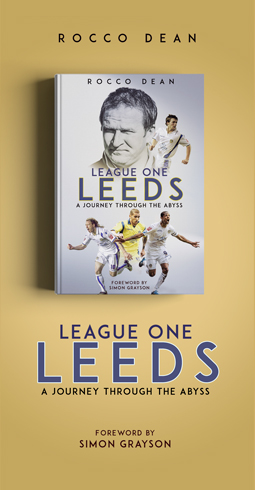