This article was published in The Daily Record on 26th April 2014, and is reproduced with the kind permission of its author David McCarthy.

Jock Wallace won ten trophies, including two Trebles, in two success-strewn spells as Rangers manager. His big, brash exterior spawn a thousand tales that mixed fact and fiction but a lifelong Rangers fan, journalist Jeff Holmes, has separated the myths from the man and come up with an utterly compelling book.

Blue Thunder: The Jock Wallace Story, takes us from the East Lothian village of Wallyford, where he'd leave as a nine-year-old to go to Rangers games, through his playing career as a goalkeeper who shut out his heroes to record the biggest shock in Scottish Cup history for Berwick Rangers in 1967 and onto a coaching and managerial career that etched him into Ibrox folklore.

But it's the stories from the players he managed that make this such a fascinating read - and such a labour of love for Jeff, who found himself speaking with men he grew up idolising in the '70s and 80s.

Current manager Ally McCoist, for instance, writes the foreward. And the European Cup Winners' Cup team of 1972, whom Wallace coached with Willie Waddell, line up to lift the lid on life under a man Holmes discovered to be as hard but as fair as they come.

As the author found out himself when he was just a boy of 17. Holmes smiled: "I had started at STV when I was 16 and had an autograph book filled with the names of all the stars who'd visited the studios - Paul McCartney, Cliff Richard and people like that. "So, I got a new book and I was walking past reception one morning, the security man told me Rangers were coming in to watch a video of FC Twente Enschede, who they were about to play in Europe.

"I was a Rangers fan and thought it would be a great chance to fill my new book, but I was sent out on a job and by the time I came back the players were all in. As luck would have it, a taxi drew up and Jock Wallace jumped out. He was obviously late and I was nervous about asking him for his autograph. "However, I did so and he stopped, took my book and said: 'There's not many in this son, come with me.'

"He took me into the room where all the players were sitting in a semi circle waiting for the video to start. He introduced me to them all, saying: 'This is John Greig, son.'

"I'm thinking to myself: 'I know who John Greig is - he's my hero!' I got all their autographs but the thing that struck me was Jock's kindness. He had this reputation as being a big, rough, gruff character but he had a heart of gold

"It was the only time I ever met Jock but he made a huge impression on me."

While writing another book, Holmes' memory of that day was stirred - and that set the ball rolling on Blue Thunder. He said: "I am writing a book on another great Rangers legend, Davie Meiklejohn and was in the archives when I came across the game, Rangers v Twente Enschede, and it triggered thoughts about Jock all over again. I decided there and then that I had to write a book about his life. It was almost fate.

"One of my friends does a lot of advertising with Rangers and he took me into the Members' Lounge before a game last season. That gave me a chance to speak to a couple of the legends like Willie Johnston and Colin Jackson and tell them about the book. They were delighted to help me with their recollections of Jock.

"I was also invited to a function where the Barcelona Bears were signing memorabilia and Colin Jackson's wife was there. She was a great help and one by one she brought over the players to speak to me about big Jock.

"I was a bit in awe of them, to be honest. I remember standing at Ibrox watching Tommy McLean, Alex MacDonald, Willie Mathieson and the rest of them and here they were chatting to me. They all had great stories and total respect for Wallace. "To a man, they said they'd be happy to talk about him. When I spoke to Alfie Conn, he told me that Jock was such a big, tough guy but had a soft side that not many people saw. He was very shy and respectful around women, for instance. "I spoke to Jock's wife, Daphne, recently and she told me he was a great husband and a wonderful father. That made it for me, because I'd have hated to have talked this guy up then discovered that he wasn't really a nice man away from football. "Unfortunately, I didn't manage to track any of his family down until the book was finished. A pal of mine got me an email address for Jock's son, John, who runs a golf course in Malaga. I emailed him and he thought it was wonderful news that someone had written a book about his dad after all this time. The sports journalist Graham Clark - who was very helpful to me - had done one back in 1984 but this was the first one since then.

"He asked if he could contribute to the book but by then the text had been completed and sent to the printers. However, he was able to give me a lot of family photographs, which we got into the book and which personalised and rounded it off brilliantly.

"It also gave me the family seal of approval, which was important to me. As I said, Jock's wife has been in touch, as has his daughter Karen and they are all saying they are so glad that somebody has remembered him in this way."​

Click here for more information on Blue Thunder, including a free try-before-you-buy first chapter of the book. 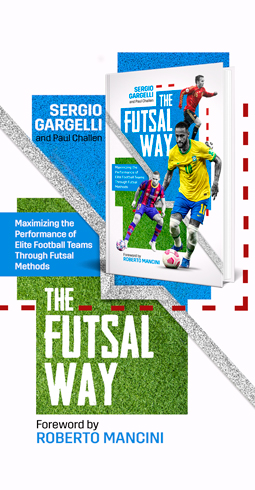