Recent release Unthinkable! is already proving a bestseller around Kirkcaldy and beyond. The story of Raith Rovers' improbable journey from the bottom to the top of Scottish football tells the  story of the clubs remarkable transformation from playing in front of a few hundred fans in the old Second Division to taking their place in the top  division in Scotland and winning their first national trophy by famously beating Glasgow Celtic in the League Coca Cola Cup in 1994.

The official launch on Friday night was held at Stark's Park where fans were enthralled as club historian Ally Gourlay interviewed Rover's legends Jock McStay, former Scotland star Colin Cameron and Davie Sinclair about their time in Kirkcaldy playing for the club. The former players delighted the audience with tales of life under Frank Connor and Jimmy Nicholl and the many unforgettable moments they experienced as they rose through the divisions.

The book has been a labour of love for author Steven Lawther who is a season ticket holder at Stark's Park. He spent the last six months researching that period in the club's history and interviewing the players and managers who helped take the club to their greatest ever victory.

He said, "It has been a really enjoyable experience and as a Rovers fan myself it was an honour to speak to the guys who helped turn the club around during that late eighties and early nineties. I remember watching that team and even at the time we knew that they had something special. They played with a style and a confidence that was amazing. It was a magnificent achievement and it is an honour to be able to tell their story."

The book tells the inside story of the cup win and includes contributions from Jimmy Nicholl, Frank Connor, Gordon Dalziel and most of the cup winning team. Lawther even managed to speak to the man whose penalty miss handed the cup to the Kirkcaldy side, former Celtic captain Paul McStay. "It was obviously a difficult moment in Paul's career," says Lawther. "I wrongly assumed it would be something he would rather forget but he has been exceptional in his willingness to help out with the book."

Lawther feels that it is a story that will be enjoyed by all football fans. "I've lost count of the number of taxi drivers who I have discussed the final with when they discover I'm a Raith Rovers fan. Most football fans, with the possible exception of Celtic supporters, have fond memories of Jimmy Nicholls team and how they beat the odds to cause an upset in the final."

One of Raith Rovers' most famous fan, former Prime Minister Gordon Brown has given the book his endorsement describing it as 'a well written and gripping story of a great team which is essential reading for all Raith fans and any football fan who enjoys when the underdog triumphs.'

Supporters were given the first opportunity to buy the book at a game on Saturday against Dumbarton where the author was joined by famous crime writer Val McDermid, who provided the foreword to the book, to sign copies for delighted fans.

Click here for more information on Unthinkable!, including a free try-before-you-buy first chapter of the book. 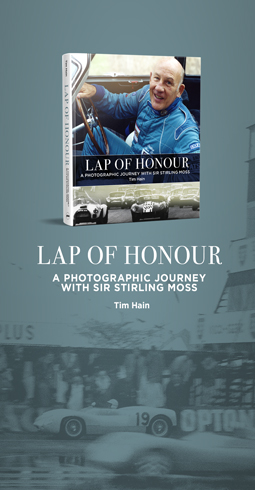