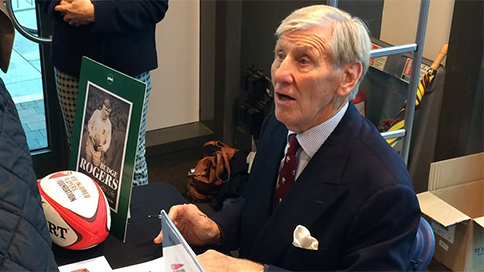 BUDGE ROGERS BACK AT TWICKENHAM

BUDGE ROGERS BACK AT TWICKENHAM

Budge Rogers was at Twickenham recently to sign copies of his biography. Phil Stevens, author of Budge Rogers: A Rugby Life tells the story of a successful day for Budge, for hundreds of thrilled fans, and the RFU Injured Players' Fund.

The match on that November Saturday was between the fearsome All Blacks and the renowned Barbarians. The former England captain, Jane Camillin from Pitch and myself arrived at Twickenham three hours before kick-off.  We were at the famous old stadium as guests of the RFU Injured Players’ Fund (IPF) and Fanatics Ltd who run the Twickenham store. With the arrangements in place we waited for some of the 63,000 the crowd to arrive. We needn’t have worried because they came in their hundreds. The store was jam-packed until just before kick-off. Among the first to greet Budge were his former opponents, rugby legends, JPR Williams and Phil Bennett. Young children asked politely if Budge would sign their programme, rugby ball or replica shirt. Two soldiers in uniform bought books and asked if they could have their photograph taken with the great man. Passionate fans chatted with Budge, and went away with their signed copies.

Budge is passionate about the work of the IPF and during the signing presented the charity’s, Phil Catt with a cheque for £2000, money raised through book sales at previous signings. The day was also supported by generous donations to the IPF from Fanatics and Pitch Publishing. The ex-Barbarian and British Lion, who had graced Twickenham so many times in the past, enjoyed the match in the company of former players who have benefited from the work of the RFU charity.

Thanks to everybody involved. It was a successful day all round and one that will linger long in the memory. 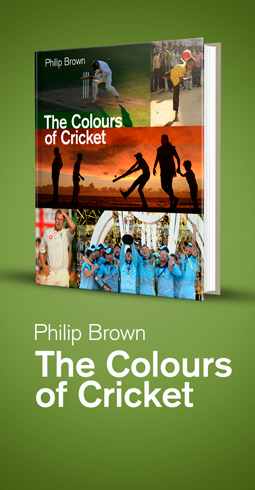