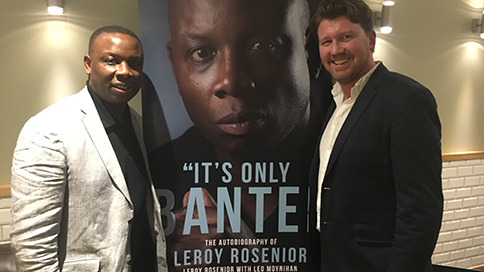 Thanks go out to everyone who attended the official launch of 'It's Only Banter' at the Fulham FC Cafe, as well as to everyone behind the scenes who helped it make it such a special night for author Leroy Rosenior and his collaborator Leo Moynihan.

Thanks also to everyone who has contributed to the enormous media interest in the book, and of course to everyone out there who has gone out and bought it!

Click here for more information, or to read a sample from 'It's Only Banter'