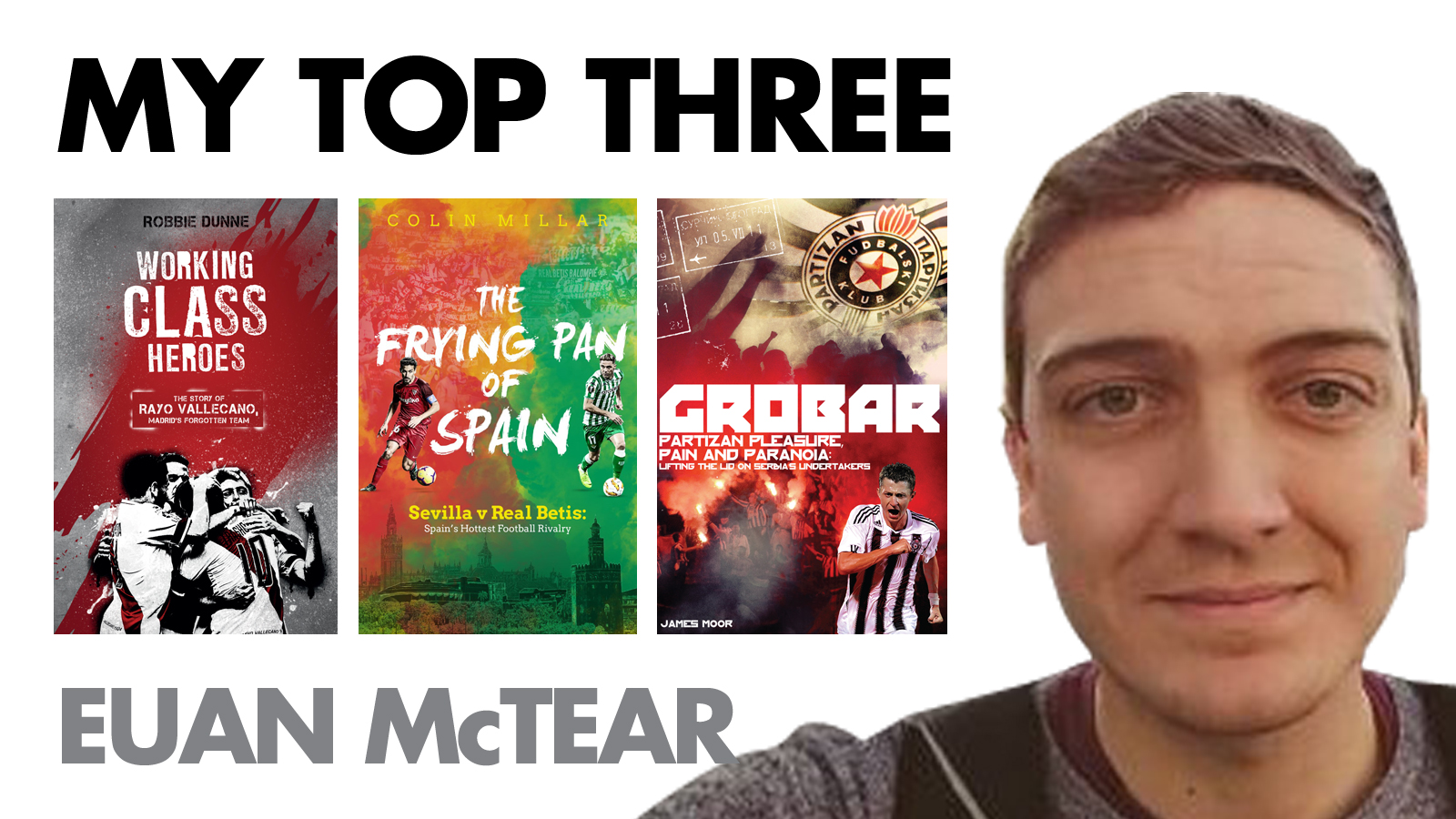 We have been asking our authors to nominate their three all-time favourite Pitch titles, and with the restart of the La Liga just a week away, it is the turn of Euan McTear, author of Eibar the Brave and Hijacking La Liga.

There is a distinct Spanish theme to this selection, and in case you were wondering, Eibar, the subject of Euan's book, start with the daunting prospect of a trip to Real Madrid a week on Sunday!

Working Class Heroes by Robbie Dunne is a story of Spanish yo-yo side Rayo Vallecano. It is well worth a read, not because of what the club achieves on the pitch but because of the constant drama off of it. Robbie takes you into the world of this politically charged club by speaking to the unique characters who make it so.

The Frying Pan of Spain by Colin Millar. The Seville derby is the first game next Thursday, as La Liga restarts and the match between Sevilla and Real Betis might be the most underrated derby in Spanish and European football. It may never be a top-of-the-table title clash and it may not feature the best players in the world, but this rivalry is as serious as any other and Colin explains exactly why.

Grobar by James Moor details his time in Belgrade integrating with the fans of Partizan Belgrade and it paints such a vivid picture of a footballing culture completely different to any other I'd experienced. Since reading it, I have had the chance to see a game in Serbia and, thanks to James’ book, I understood what I saw so much more. 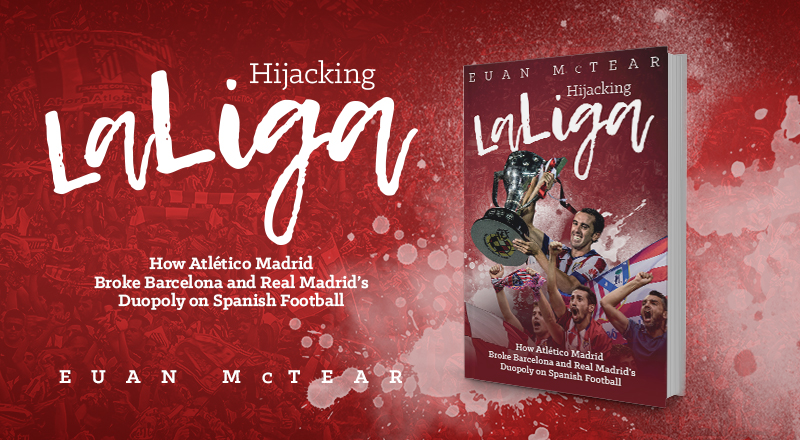 Hijacking La Liga (How Atlético Madrid Broke Barcelona and Real Madrid's Duopoly) was Euan's second book with Pitch, and looks at what went on behind the scenes as Atlético Madrid went from relegation to mid-table mediocrity to seriously threatening the dominance of Spanish football's two superpowers.

For years, Barcelona and Real Madrid maintained a firm grip on the country's and the continent's silverware, but Los Rojiblancos have managed to turn La Liga into a three-team league, with the help of a fiery Argentine coach, a squad of cast-offs, an electric home support and an overarching commonsense financial plan.

In May 2000, the capital city side had suffered their first relegation from the top flight since 1930, but just 14 years later they would be crowned La Liga champions. Euan explores the key moments, decisions, goals and matches in their extraordinary resurgence, one which has converted Atlético Madrid into one of world football's most powerful clubs.

Euan's first book with us was published in 2015 and was Eibar the Brave, the story of Sociedad Deportiva Eibar, the Basque side from a passionate football town one-third the size of the Camp Nou.

It tells the amazing Cinderella story of La Liga's smallest club, which has seen Barcelona and Real Madrid playing top-tier football at Ipurua, the 5000-capacity stadium that Eibar calls home.

Promotion-party pitch invasions are not uncommon; but the night of 25 May 2014 saw a promotion with a difference, involving a wildly unorthodox club. There weren't enough fans to cover the pitch.

The celebration was 45 minutes after the final whistle. The team was wearing their away kit despite having played at home. And Eibar could still potentially be relegated!

Having followed Eibar and witnessed the madness first-hand, Euan McTear documents the club's first season in La Liga and discusses all the pieces put into place over the years to make 2014/15 a season like no other.