This article was published in The Telegraph newspaper on 26th July 2013, and is reproduced with the kind permission of its author Simon Briggs.

“Unseen in the background, Fate was quietly slipping lead into the boxing-glove.” So wrote P G Wodehouse, one eyebrow coyly arched, in his 1930 collection Very Good, Jeeves!

The line might be a classic Wodehouse zinger, but its ominous tone is not to be taken seriously. Bertie Wooster’s worst fear was engagement to a bossy harridan, who might curtail his daily visits to the Drones Club. And even that never materialised, thanks to his personal Machiavelli in a tuxedo: Reginald Jeeves, the gentleman’s gentleman.

There are ironies aplenty in Wooster’s fictional paradise, where the sun always shone and every G&T came perfectly chilled. For one thing, Wodehouse wrote many of his best-remembered stories in New York, while besieged by news bulletins detailing the carnage of the Western Front. The more grim the truth became, the more he retreated into his charming private universe.

Then there was the quirky detail that he named his central character after a genuine cricketer – the young Warwickshire all-rounder Percy Jeeves. As Jeeves the butler soothed unruly aunts, The Real Jeeves – to borrow the title of Brian Halford’s new book – was contracting trench foot in the deadly mudbath of Arras.

Wodehouse, like his friend and mentor Sir Arthur Conan Doyle, had a passion for cricket. Even so, it seems odd that he should have borrowed the surname of a relatively obscure county pro, a man he saw only briefly one summer’s day in 1913. “I suppose Jeeves’s bowling must have impressed me,” Wodehouse explained more than 50 years later, “for I remembered him in 1916 when I was in New York and starting the Jeeves and Bertie saga, and it was just the name I wanted. I remember admiring his action very much.”

As Halford’s painstaking research makes clear, Jeeves’s life was shaped by three very different interventions of fate. The first came in 1910, when he was working as a gardener, groundsman and club professional in the North Yorkshire village of Hawes.

Having failed to impress the talent-spotters at Yorkshire CCC, Jeeves struck lucky when Rowland Ryder, the Warwickshire secretary, happened to stay a night in the village. In a very Wodehousian twist, Ryder went on to mistime a shaving stroke with his cut-throat razor, causing himself a painful injury.

“The doctor, having dealt with the cut, prescribed a visit to the afternoon’s cricket match,” wrote Ryder’s son, also called Rowland, in his book Cricket Calling. “And here my father saw a young cricketer whose effortless grace as a bowler told something of his potential.”

Jeeves evidently had a knack for captivating passers-by. His recruitment by Warwickshire gave rise to his next influential moment: the day, 100 years ago next month, when Wodehouse made the short walk from his parents’ house at Wolseley Terrace to the Cheltenham College cricket ground. There is another irony in the fact that Jeeves claimed just a single run and a single wicket in that match, which was arguably the least successful outing of his brief first-class career.

Then 25, Jeeves was already developing into a player of substance, a slight young man of just 5ft 8in and 10½ stone who could nevertheless summon up enough pace to break stumps in two. In July 1914, a few days after the assassination of Archduke Ferdinand, he bowled the Players to victory against the Gentleman, prompting the former England captain Pelham Warner to predict that he would play Test cricket in the near future.

Now, though, our hero encountered the third and final switchback in this bittersweet tale. As soon as the 1914 cricket season had finished, and his Warwickshire duties had been discharged, he volunteered for service and was posted to the 15th Battalion Royal Warwickshire Regiment.

His tour of duty took in some of the worst hellholes of the Western Front, ending in a virtual suicide mission when what remained of 15th Battalion were ordered to attack a deeply entrenched German position in High Wood.
Jeeves’s body, like so many others, was never recovered.

It is only thanks to one chance encounter – and a distant one at that – that Jeeves’s name has been preserved via every medium imaginable, from Wodehouse’s original stories to the TV adaptation starring Stephen Fry, another cricket enthusiast. Yet his true-life story, while less well known, is as memorable – and surely more poignant – than any of these much-loved creations. In his novels, Wodehouse might have enjoyed chuckling about the fickleness of fate. But few have experienced its slings and arrows quite as acutely as Percy Jeeves.

Click here for more information on The Real Jeeves. 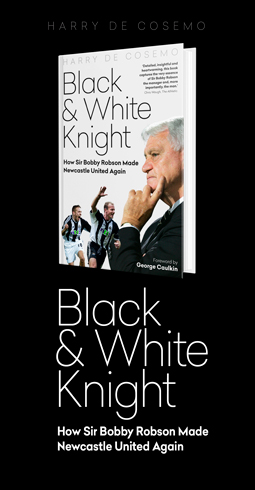