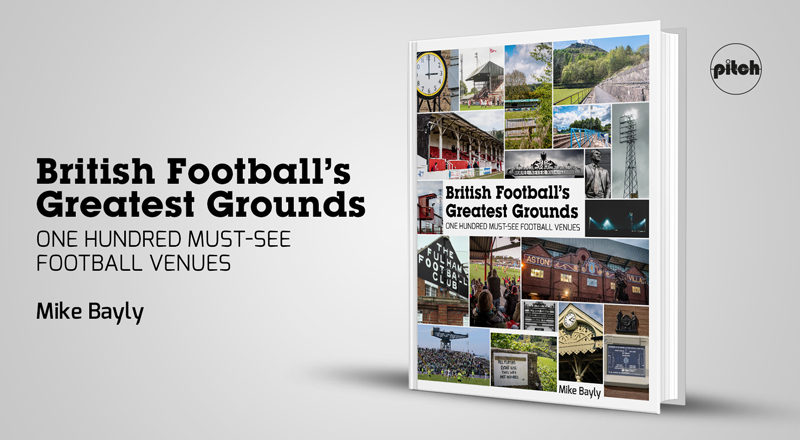 Have you ever wanted to visit the most scenic, historic or important football grounds in Britain, but weren’t sure where to start or what to include?

In British Football’s Greatest Grounds, Mike Bayly provides a bucket list of places to watch football in England, Wales and Scotland as chosen by fans across the world.
This first-of-its-kind book introduces the reader to a diverse and often breathtaking range of Britain’s football venues.

In addition to the oldest, biggest and highest our nation has to offer, it covers lesser-known grounds nestling next to castles, beaches, churches and mountain ranges, as well as modern Premier League stadiums in major cities.

⚽️ Football fans feast your eyes on this sneak preview of an absolute beauty... 😍

📚 Out 2nd November and available to order now via the link below... 👇https://t.co/ZHXdhUoeLq pic.twitter.com/VcOeuNp8Fn

Mike is a lifelong football fan with a passion for documenting the game in its wider context. His previous book, Changing Ends: A Season In Non-League Football, was released in 2010.

He is a regular contributor to When Saturday Comes magazine and finished runner-up in their 2019 writers’ competition. His work has been featured in the Guardian, ballesterer, COPA90 and many other publications and websites.

Out on 2nd November, it’s sure to leave you planning a future football trip. More details and links to various retailers where you can order can be found here.