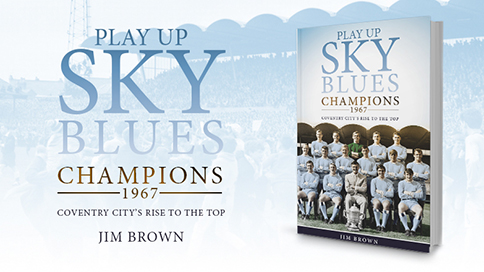 STOP PRESS: Sky Blues fans! If you're attending this Saturday's home match against Mansfield, be sure and drop in to the casino either pre- or post-match to catch a unique Play Up Sky Blues signing event. Author Jim Brown will be appearing with stars of the '67 season including Ron Farmer, Mick Kearns and Dietmar Bruck, who will be signing books and chatting about their exploits 50 years ago. The event starts at 1.30pm, then continues after the match until 6.00pm.

Coventry City: Champions 1967 tells the story of Coventry City's finest season, when they reached the First Division for the first time in the club’s history.

Under their charismatic manager Jimmy Hill, the Sky Blues had narrowly missed out on promotion in 1966 and, strengthened by the arrival of record signing Ian Gibson, were the favourites to go up the following season. The story tells how, after a mixed start, the team had a crisis in October with Hill and Gibson falling out and the Scot asking for a transfer – at which point the team was dumped out of the League Cup by Third Division opposition.

For a time 'JH' was under pressure until he and 'Gibbo' settled their differences, and the fans' hero was recalled. His return sparked a run of 25 unbeaten games and secured promotion. With success guaranteed, the 'Midlands Match of the Century' with Wolves would decide the title: over 51,000 watched as the Sky Blues triumphed and went on to clinch the Second Division championship.

Play Up Sky Blues focuses on Coventry City’s Second Division title win of 1967, a famous landmark on the club’s route to the top. Read the book and discover:

Click here for more information, or to read a sample from Play Up Sky Blues. 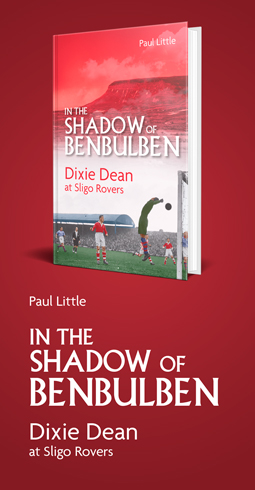