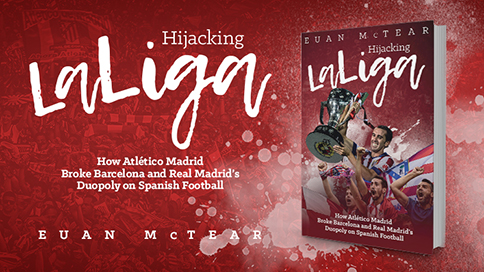 Hijacking LaLiga looks at what went on behind the scenes as Atlético Madrid went from relegation to mid-table mediocrity to seriously threatening to the dominance of Spanish football’s two superpowers.

For years, Barcelona and Real Madrid maintained a firm grip on the country’s and the continent’s silverware, but Los Rojiblancos have managed to turn LaLiga into a three-team league, with the help of a fiery Argentine coach, a squad of cast-offs, an electric home support and an overarching commonsense financial plan.

In May 2000, the capital city side had suffered their first relegation from the top flight since 1930, but just 14 years later they would be crowned LaLiga champions. Euan McTear explores the key moments, decisions, goals and matches in their extraordinary resurgence, one which has converted Atlético Madrid into one of world football’s most powerful clubs.

Click here for more information, or to read a sample from Hijacking LaLiga. 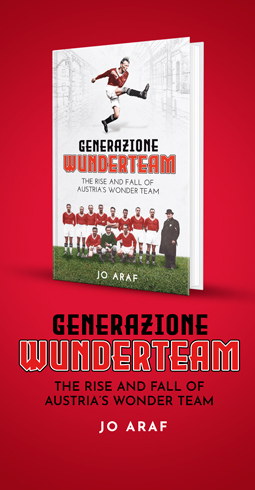