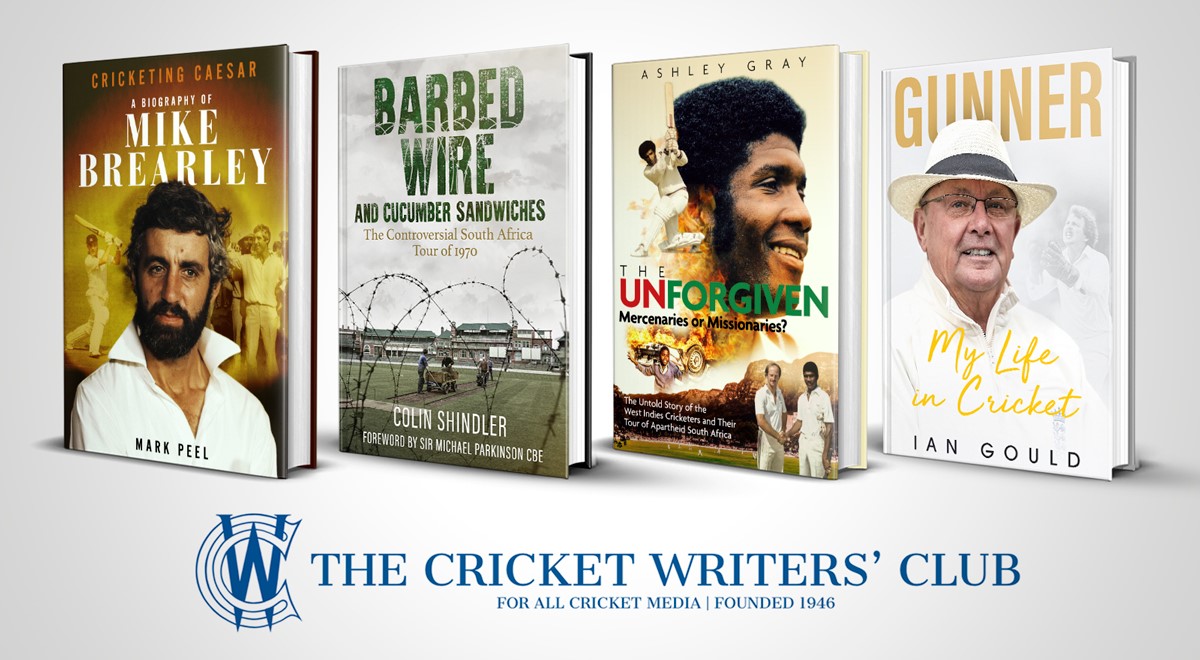 Pitch Publishing is delighted to report that four titles have made the longlist for the The Cricket Writers’ Club's prestigious Derek Hodgson Cricket Book Award for 2020.

Gunner: My Life in Cricket is the revealing and absorbing story of Ian Gould, who became one of the best umpires in the world after playing for England, Middlesex and Sussex.

He had a close-up view of the best players and biggest controversies during 13 years at the top, including the infamous 'sandpaper' Test in 2018 and three World Cups.

Ashley Gray's Unforgiven goes back to the early 80s, when 20 West Indian cricketers were paid more than $100,000 each to take part in rebel tours of apartheid South Africa. When they returned home to the Caribbean they were banned for life and shunned by their countrymen.

Some turned to drugs, some to God, while others found themselves begging on the streets. The Unforgiven is their untold story.

Barbed Wire and Cucumber Sandwiches is by Colin Shindler and details how cricket, England's gentle summer game, was shaken to its core by demonstrations, strikes, arrests and violence amid growing global disgust at apartheid, ahead of South Africa's planned 1970 tour.

One of sport's leading social historians tells the astonishing story of a cricket tour framed in a landscape of turbulent social history.

Finally, last but not least, Mark Peel's Cricketing Caesar, his biography of Mike Brearley, one of England's greatest captains: thrice winning the Ashes, including the memorable series of 1981.

He also led Middlesex to four county championships and two Gillette Cup wins. In this first-ever biography of Brearley, Mark Peel assesses the many facets of his complex personality to explain his phenomenal success as a leader.

This is the 13th year of the award, named after the club’s former President and Secretary. Last year’s winner was Steve Smith’s Men by Geoff Lemon.

CWC Chair of Book Awards Richard Hobson said, “Once again, the judges have been impressed by the quality and range of topics on offer.

"The field of history is especially well covered this year including two books to mark the fiftieth anniversary of the aborted 1970 South Africa tour... Pitch Publishing deserve a special mention with four books on the longlist.

The winning book is judged by the CWC Book Awards Panel and will be announced in October. The winning author receives a prize of £400.

Michael Henderson: That Will be England Gone: The Last Summer of Cricket, Constable

Luke Sutton, Back From the Edge: Mental Health and Addiction in Sport, White Owl