Four Derbyshire cricketing heroes joined In Their Own Words author Steve Dolman at a successful event at Chesterfield Library this Monday, July 11. Alan Hill, Keith Mohan, Harold Rhodes and Edwin Smith (seated, left to right) lit up the evening with evocative tales of cricket past.

The audience heard Steve give an entertaining talk about his writing of the book and his award-winning blog, before inviting four of the players who are interviewed in the book – subtitled ‘Derbyshire Cricketers in Conversation' – on to the stage to answer questions about their careers and the differences between the modern game and that played in their time.

Alan Hill recounted tales of facing the array of quick bowlers of the 1970 and 80s, Keith Mohan discussed characters of the 1950s, Harold Rhodes talked about fast bowling then and now, while Edwin Smith reflected on the dearth of spin bowling talent in the modern game. As Steve pointed out at one point, Edwin would be the best spinner in the country if he was playing today – and he is 82!

Steve's next event will be at the 3aaa County Ground in Derby on Monday August 1, when he will be signing copies of the book during the Royal London One-Day Cup match between Derbyshire and Leicestershire. He also has a growing list of invitations to cricket societies and dinners over the winter months.

In Their Own Words features interviews with club legends of the post-war era, from 99-year old groundsman Walter Goodyear, through loyal club men and international names such as Geoff Miller, John Wright, Devon Malcolm and Bob Taylor.

Click here for more information, or to read a sample from In Their Own Words: Derbyshire Cricketers in Conversation. 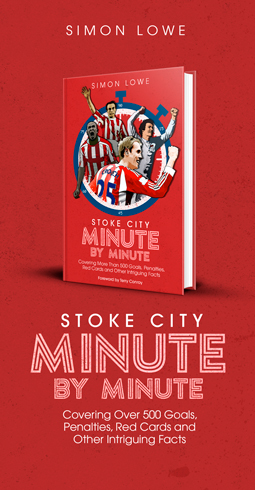