First, Mark will be reliving his Villa Park days at the WHSmith branch at The Fort, before moving on to the main city centre shop later in the morning.

Wingin’ It is the ultimate story of hope over hate, the insightful autobiography of a footballer who beat the bigots. Due to the colour of his skin, Mark Walters always felt he needed to be twice as good as other players in order to succeed. But Mark drew inspiration from the way the late Cyrille Regis handled his racist detractors, and went on to fulfil his potential by flaunting his dazzling ball skills for England.

One of a dying breed of traditional wingers, Mark Walters’ story starts on the streets and ends after 23 years in the professional game. In between, though, Mark: 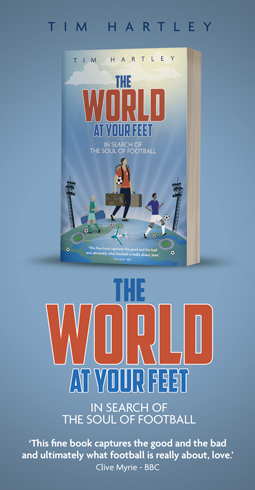