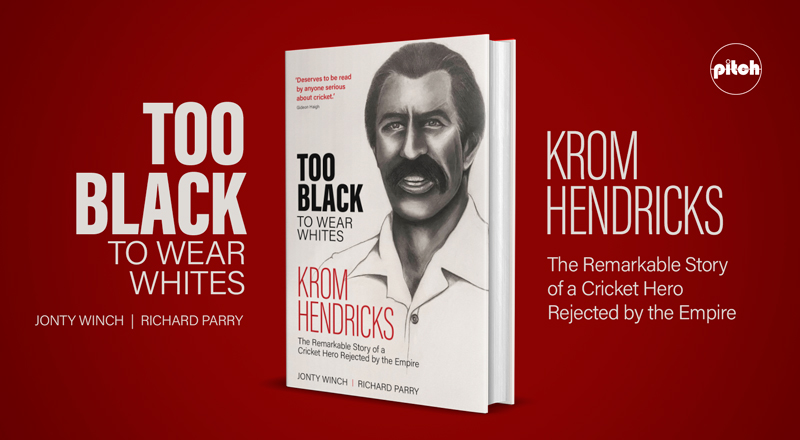 If you were unable to join us for the live talk and question-and-answer session, then you can watch it again by clicking here.

Too Black to Wear Whites is the compelling story of Krom Hendricks, the first black South African sporting hero. Co-authors Jonty Winch and Richard Parry explore the colonial roots of racism in cricket and the nefarious role Cecil Rhodes played in the origins of segregation when he barred Krom Hendricks from the South African tour to England in 1894.

Hendricks's long struggle for recognition exposed a cruel system. It is a compelling human drama. Hendricks played for the South African 'Malay' team against English professionals in 1892.

He was, they said, the best fast bowler in the world. He struck fear into the white establishment and targeted elite South African batsmen who feared his express pace and the prospect of humiliation at the hands of a 'coloured' player.

Denied the chance to play Test cricket against Lord Hawke's side, his courage, perseverance and passion for cricket never diminished over several decades; and at the age of 60 he led representative 'coloured' teams in fundraisers during the First World War.

Jonty Winch has worked in photography, journalism and education in three southern African states and England. These interests have influenced his involvement in more than 20 histories, biographies and anthologies.