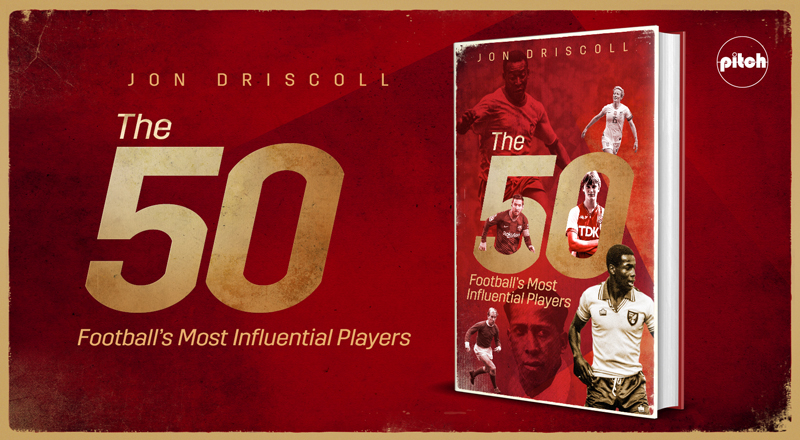 The Fifty by Jon Driscoll has been getting rave reviews, and none better than TalkSPORT presenter Adrian Durham.

The book, which published last Monday, has also featured on Arsenal video podcast Raw Reactions and audio podcast Outside Write, with Jon lining up plenty of media appearances to promote his excellent new book.

The Fifty tells the story of football through its best and most influential players, from the 19th century to the modern day.

Most of the 50 are household names - Pele, Charlton, Maradona, Jimmy Hill, Matthews, Best, Zidane and Messi - and those who aren't certainly deserve to be.

There's Lily Parr, a Woodbine-smoking behemoth of the women's game who is more famous now than when she died.

Then there's Robbie Rogers, the second male footballer in Britain to come out as gay. Though Rogers wasn't a great player, his story will restore some faith after Justin Fashanu's appalling experiences as a gay footballer in the 1980s.

Similarly, Jean-Marc Bosman made an indelible mark, not on the pitch but through the courts, changing the way footballers are treated forever.

It's not about the stats, tactics or managers - this is the players' story, from war heroes and match-fixers to superstars and an African president.

As for the author, fans will likely recognise Jon's voice from the television or radio airwaves, he is a football commentator as well as writer and journalist.

He commentates on English and European matches for Sky Sports, the EFL and UEFA. Previously he has worked for BBC Five Live's Sports Report and Match of the Day, and was one of the founding reporters and producers at TalkSport Radio.

He also writes for When Saturday Comes and Football Espana and presents the La Liga Weekly podcast.

JD is a @talksport original from 2000. Great guy, and I've been looking through my copy of this book, it's such an education. Thought provoking, opinionated, and full of facts. A fascinating historical reference point for football. Great work @DriscollFC https://t.co/inH1KkVo8W