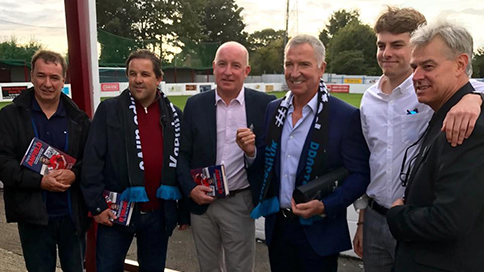 It's a big day for Nick Tanner tomorrow, returning to Bristol Rovers for a book-signing session as a guest of the club where his rise to fame really started, en route from non-League Mangotsfield United to mighty Liverpool.

The pre-match event starts at 12.30 on Saturday 9 December, with fellow former Gas stars Gary Penrice, Phil Purnell and Steve White all joining Nick, chatting with fans and signing copies of From A Field to Anfield.

As a taste of things to come for Rovers fans, here's Nick (far right) captured along with (left to right) ex Rovers team-mates Phil Purnell, Gary Penrice and Ian Weston, plus Graeme Souness and Nick's lad William Tanner - who all feature in the book!

From A Field To Anfield is the inspirational story of Nick Tanner’s against-the-odds rise from the uncompromising grassroots football scene in Bristol to the glamour of then-champions Liverpool.

Nick’s story is not one of spending years mollycoddled in an academy system and having success handed to him, but of graft, days spent working in a factory before making it to the top, and being sold to Bristol Rovers by non-league Mangotsfield United for a couple of floodlight bulbs.

Nick was a member of the last Liverpool squad to win the title, was in the stands at Hillsborough in 1989, and scored a Merseyside derby goal at Goodison Park, so his tales naturally include Anfield legends and A-list events with Kenny Dalglish and the rest. Equally, though, his is an inspirational story for any budding footballer about just how far hard work and relentless dedication can take you if you are willing to put in the yards. Nick also opens up on the personal impact of his career-ending injury, along with his various ongoing struggles.

A warts-and-all story detailing both the glamour and struggle of football, from the bottom of the pyramid to the top. Read From A Field To Anfield and discover:

Cllick here for more information, or to read a sample from Nick Tanner's From a Field to Anfield. 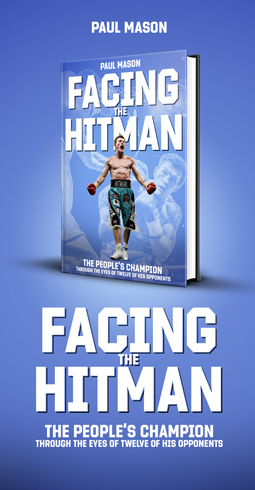