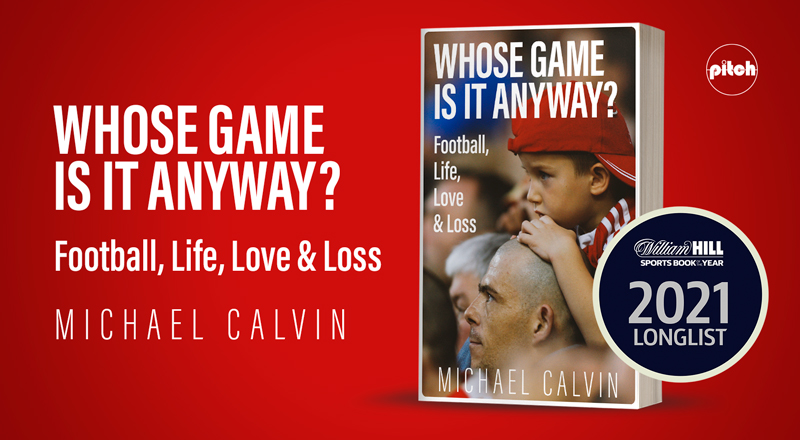 Pitch Publishing are delighted to report that Michael Calvin’s book Whose Game is it Anyway? has been longlisted for the 33rd annual William Hill Sports Book of the Year award - the world’s oldest and richest sports writing prize.

Publisher Jane Camillin commented, "We are absolutely thrilled for and incredibly proud of Mike for the nomination. On behalf of everyone at Pitch Publishing I would like to congratulate him on the longlisting for Whose Game is it Anyway?

"It is an incredibly powerful work, and Mike skilfully and beautifully reflects on a stellar career in sports journalism, while also re-evaluating the power of sport and in particular football, and outlining a vision for the game’s future. That has been reflected in the brilliant feedback, critical acclaim and widespread praise for the book."

📖@WilliamHill Sports Book of the Year Longlisted Title
Whose Game is it Anyway? by @CalvinBook
Football, Life, Love & Loss. Michael Calvin shares the lessons of a lifetime spent observing sport across the globe.@PitchPublishing #WHSBOTY pic.twitter.com/Qi5zFM2Tjw

First awarded in 1989, the award is dedicated to rewarding excellence in sports writing, and this year the prize for winning will be £30,000 and a trophy, with shortlisted authors receiving £3,000 cash and a leather-bound copy of their book.

The Longlist was announced on September 30 with 15 books in the running, following 143 entries this year, with the selection including a diverse mix of male and female authors from across a wide range of sports, including tennis, football, rugby league, cricket, cycling, athletics, boxing, rugby, mountaineering and, for the first time in the awards’ history, flying.

This will then be whittled down to a shortlist on 28 October, with the winner being announced on 2 December at the official awards ceremony in London.

Whose Game is it Anyway?

Football has never seemed so distant from its fans. Many have been alienated by the greed and shameless self-interest of the Premier League, and no one can predict how the global game will look post-pandemic.

Sunday Times best-selling author Michael Calvin searches for a reason to believe. Written at the height of the Covid-19 crisis, the book is a thought-provoking, deeply personal account of the role sport – and particularly football – plays in everyday life.

Part memoir, part manifesto, it takes the reader on a tour of the world's greatest sporting occasions and into its outposts in sub-Saharan Africa, the Amazon Basin and the Southern Ocean.

Drawn from Calvin's experience as an award-winning sportswriter, covering every major sports event over 40 years in more than 80 countries, it offers first-hand insight into such icons as Muhammad Ali, Maradona and Sir Bobby Charlton.

With settings ranging from a jungle clearing to a township in apartheid South Africa, this is sport as you've never seen it before.

Praise for Whose Game is it Anyway?

"There are few football memoirs which weave their way from Accrington to the Amazon, while offering a glimpse of the game's future... recounted with feeling and forensic behind the scenes insight... Whose Game is it Anyway? is a deeply personal book that will resonate with many fans." - When Saturday Comes

"Michael Calvin's latest work does not disappoint in confirming his status as one of the UK's best sports writers of modern times. An engaging patchwork of powerful ideas, brutal criticism and genuine acclaim for the heroes of Calvin's life." - David Walker, The Sports Journalists Association

"Mike Calvin's memoir deserves to be read by everyone who loves football. It's full of good tales and beautifully written too." - Paul Hayward

"This is a wonderful read that draws on all Calvin's experiences from his working and personal life to explore the role of sport in our lives... As a reader there is an intimacy in the writing that felt like Calvin was talking directly to me, whether this was about him having tuberculosis as a child or his encounters with sporting legends such as Muhammad Ali or Bobby Charlton... This surely has to be on the William Hill Sports Book of the Year list." --FootballBookReviews.com

"A timely and gorgeously evocative reminder of the game they're trying to steal now." --Vincent Hogan, Irish Independent

"Couldn't be better timed, with all the talk of the European Super League." - Guy Clarke, Liverpool Echo

"The book is a timely reminder of why football is so much more important than the selfish Super League clubs. It is an illuminating journey of discovery, and we end on a positive note, suggesting that there are some Premier League agents-for-change like Marcus Rashford and community-led clubs like Lewes, Accrington and AFC Wimbledon who offer real hope for the future of football." - Late Tackle

"Strongly recommend the new book from Michael Calvin, Whose Game Is It Anyway?, to anyone for whom football is a substantial strand [in their] life. That the release coincides with news of a Super League only reinforces why football needs voices like Michael's." - Alan Redmond, Football Agent 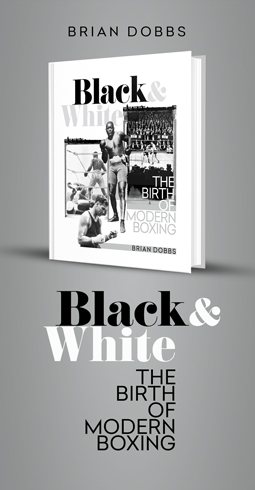