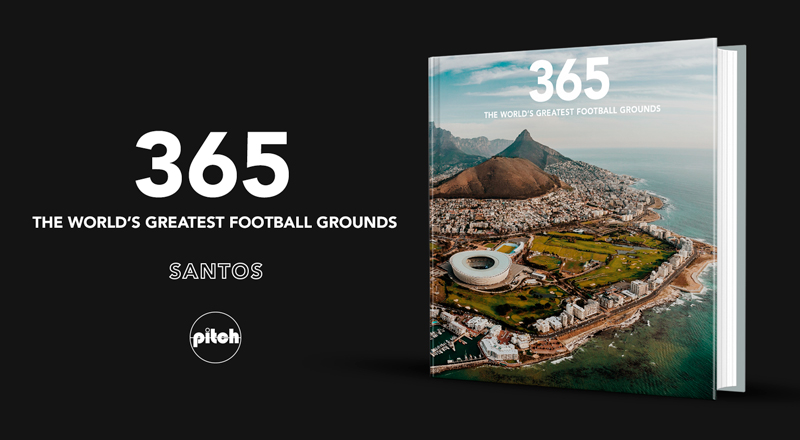 Have you ever wondered where the world’s most breathtaking, historic or important football grounds can be found?

365: The World’s Greatest Football Grounds offers a bucket list of 365 of the most dazzling and distinctive grounds on the planet, spread across five continents.

From Buenos Aires’ fabulous La Bombonera (a microcosm of Argentine life), to Fulham’s homely Craven Cottage (with its wooden stand dating from 1905), to Olympiastadion Berlin (built for Hitler’s Olympics in 1936) to stadia built next to churches, castles, mountains, lakes, oceans and idyllic countryside, 365 leaves no stone unturned in its quest to bring you the world’s most remarkable football grounds.

It has been compiled by an expert squad of journalists. They include Santos magazine’s Sjoerd Mossou, John Brewin (The Guardian, Sky Sports, The Blizzard), Bart Vlietstra (Santos, de Volkskrant, The Guardian) and top football authors Michel van Egmond and David Winner.

Part guide, part love letter to the individual histories and cultures that comprise world football, 365 is sure to leave you planning a future football pilgrimage.